Best wind in the world

We specialize in building Indoor Skydiving & Bodyflight concepts worldwide. Today there are more than ten different manufactures of Bodyflight facilities around the world. We offer top modern Swedish engineered wind tunnel systems which are acknowledged as the best in the world. The systems can either be integrated in existing buildings or fully planned from scratch for new constructions. It´s energy effective, safe and top modern with the best air for flying in the world. 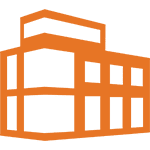 Make your mall unique!
Fly your customers to new levels. Build your own indoor skydiving at your mall. 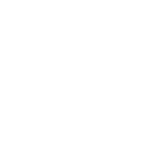 Fly behind enemy lines at your own base. Train HALO jumps in a controlled environment. 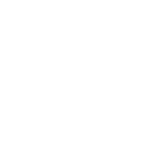 A DREAM OF MANY

Building a wind tunnel for Bodyflight/Indoor skydiving is a dream of many. Are you ready to make it happen? We are! Let us know your idea and we can help you all the way to the finish line. We offer a Swedish engineered wind tunnel system for indoor skydiving/Bodyflight as well as helping you go with a profitable business model.

What is Indoor Skydiving or Bodyflight?

The first wind tunnel facility for Indoor Skydiving / Bodyflight opened in Las Vegas in the 1980s. The real boom for the body flight industry started 2011. Comparing 1980-2011 there was 33 tunnels built, with 2011-2016 when 85 body flight facilities were open to the public. Under 2017 the market has around 30 newly announced projects and 30 more already under construction.

A product that fulfils the mankind dream of flying

The fact that Indoor Skydiving / Bodyflight has been taking off this fast the last couple of years shows the need on the market for a product that fulfils the mankind dream of flying. But the main reason to the fast growth in the last couple of years are the profit margins the business are producing. Today there are more than ten different manufactures of Indoor Skydiving / Bodyflight facilities around the world.

Best air in the world!

The Swedish engineered system that we are offering is the best in the world!
It´s energy effective, safe and top modern with the best air for flying in the world.

We offer a wide range of services for developing, designing and constructing indoor skydiving facilities. All projects are different
and we can offer you the help you need, from the little things to the greater. By tailor making the cornerstones of each project, we can guarantee a great outcome.

We also offer staff training (specially for wind tunnel instructors), homepage- and booking system setup including training. If you are looking for a turnkey solution, you can either choose from our existing state of the art architectural designs for new constructions, or let our team of engineers help you building it inside of an already existing building, like we did in Bromma 2015.

We can help you with below

START-UP HELP CONSULTING, BOOST YOUR START-UP WITH OUR KNOW-HOW

STATE OF THE ART ARCHITECTURE, CHOOSE FROM OUR PRE-MADE MODELS